Your Trusted Dentist Reveals the Secret History of Dental Implants 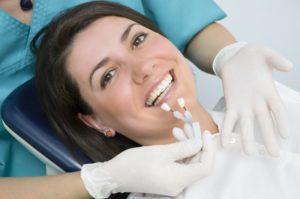 From the simplest bacteria all the way up the ladder to you, as a member of the most advanced group of life forms on earth – humanity, everything is evolving. Take yourself for example. You once couldn’t talk or walk. And then, through careful nurturing, natural maturation and practice, you were soon able to easily do all these things and much more. You evolved. The same process has happened with oral health care. What used to be primitive science has become a sophisticated modality for restoring a certain quality of oral health to you. An example is dental implanting. Archeologists have found proof that this method of restorative dentistry has been in practice for thousands of years. As you continue reading, you will learn more about how dental implants have grown into what we have today.

WHAT IS A MODERN DENTAL IMPLANT?

A modern dental implant is a process that begins by replacing your missing tooth with a titanium post that is surgically input by your dentist into your jaw bone structure, acting as the root. After a period of healing, where your cells in your bones bind with the titanium material, you can then have a crown, bridge or denture inserted to the titanium base.

This process is important because it allows your facial structure to remain intact, and not suffer from the inevitable collapse and bone loss that happens when you go extended periods of time with teeth missing. It also restores your ability to chew food and speak normally. And according to the historical timeline, the ancients had some degree of awareness of this importance.

The following timeline will show how the process of dental implanting has evolved into the amazing, technically advanced procedure available now, to restore your normal dental function and look.

Over the past 5 decades since the first successful dental implant procedure, the advances have been astronomical. That means that if you’ve been suffering from tooth loss, you now can rest assured that there is a tried, true and proven method to restore your dental function and desired look.

Dr. Theodore Aaronson has been a cosmetic dentist in New York for over 40 years. He completed his undergraduate work at Penn State, and then went on to graduate from New York University’s College of Dentistry in 1970. Dr. Aaronson holds memberships in several professional organizations, including the American Dental Association, the New York Dental Association, the American Academy of Cosmetic Dentistry, and the Academy of General Dentistry. He has also been honored in the Guide to America’s Top Dentists, as well as America’s Cosmetic Doctors and Dentists. He practices at Dr. Aaronson & Associates, and can be reached for more information about his services through his website.

Are you a new or returning patient?